THE IMPACT OF ETHICAL LEADERSHIP FOR SCHOOL PRINCIPALS AND THEIR ASSISTANTS ON ORGANIZATIONAL CITIZENSHIP BEHAVIOR IN THE SULTANATE OF OMAN SCHOOLS: SUPERVISORS AND TEACHERS PERSPECTIVES

The study aimed to discuss the level of availability of moral leadership among educational leaders represented by school principals and their assistants, the degree to which teachers practice organizational citizenship behavior, and the extent to which the moral leadership of principals and their assistants influence the behavior of organizational citizenship. The descriptive analytical method was adopted. The study population consisted of (1640) supervisors and (129221) teachers. A stratified random sample of (380) educational supervisors and teachers was selected, according to the Stephen Thompson equation. The researcher developed two questionnaires by making use of the theoretical literature; The ethical leadership questionnaire consisted of (58) phrases distributed in (4) domains. A questionnaire on organizational citizenship behavior of (53) phrases distributed in (5) domains. Statistical methods: descriptive analysis, Pearson correlation coefficient, Cronbach's alpha coefficient analysis, multiple linear regression analysis. The findings revealed that; the overall average degree of moral leadership for school principals and their assistants was significantly high. The human relations domain came first, then the teamwork, then ethical management qualities. And finally personal moral qualities: All the (5) domains of the organizational citizenship behavior's questionnaire Was in a high degree as well, where the civility domain ranked first, followed by the conscience awareness domain, then the altruism domain. The dimensions of ethical leadership combined; Significantly related to the dependent variable organizational citizenship behavior, with a strong and positive correlation coefficient (0.688), and these dimensions explain (47.4%) of the dependent variable.

ethical leadership, organizational citizenship, schools of the Sultanate of Oman 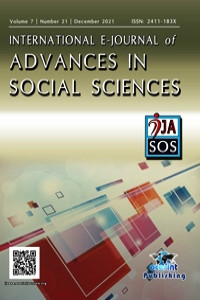