SAUL BELLOW AND THE PSYCHOLOGY OF HEARTBREAK: A COMPARATIVE STUDY

“‘It’s terribly serious, of course, but I think more people die of heartbreak than of radiation’” (p. 87) says Benn Crader, the protagonist of Saul Bellow’s 1987 novel More Die of Heartbreak. The title can be seen as stressing the power of personal as well as external traumas to shape one’s outlook on life. Relationships are sought as a panacea to anxiety but ironically may create the very complications they were intended to mask. This paper will consider More Die of Heartbreak in relation to other novels of Bellow’s later period, namely The Dean’s December and Ravelstein, to examine similarities and differences of theme. Two of these novels employ a narrator with a close relationship with the protagonist; all three consider a variety of existential questions through the private reflections or conversation of characters seeking a revelation in typical introspective manner, though not without the humour which marks Bellow’s work. Likewise, the novels all involve a search for a strategy to cope with the vagaries of life and the approach of death, with the emphasis moving towards the latter as the protagonists grow older in tandem with their author. More Die of Heartbreak, however, chiefly examines, through Crader and the narrator, his nephew Kenneth Trachtenberg, whether love can provide the meaning often lacking in society and life itself. Crader, a botanist, is an expert on Arctic lichens, his subject providing a symbolic escape route via the minutiae of scientific research. Away from his plants, he embarks on and fails in a number of relationships - notably an incongruous marriage to an heiress whose family turns out to have ulterior motives for the union - and questions are raised about the potential confusion of love with lust. The novel also features discussions on topics from the role of the academic to urban violence and decay and to the facing of imminent death, as in The Dean’s December and Ravelstein. However, whereas the latter two novels, despite the darknesses contemplated in each, respond to the conundrums of life and death with a hint of optimism, Crader’s redemption at the end of More Die of Heartbreak lies in his rejection, temporary at least, of women and of human contact in general and his anticipation of the fulfilment he will find in joining a scientific venture to the North Pole. However, this in itself may be seen as a form of positive thinking and decision-making rather than a passive acceptance of defeat. 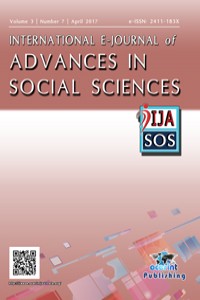