This quantitative study discussed the levels and occupational pressures of government departments' employees in the Sultanate of Oman. That does not only affect their health and psychological state, but is also reflected their performance levels for their work and then their ability to work. When the researcher noticed an increase in the rates of occupational stresses in addition to life stresses. Therefore, the study aimed: to diagnose the levels of occupational stress among government employees. And to identify the differences in the levels of stress in the study sample that are attributed to some demographic variables. The researcher adopted the quantitative descriptive approach. The study population consisted of male and female employees of the Diwan of Royal Court and Royal Court Affairs and (12) ministries affiliated with the civil service, their number was (32841) male and female employees, the sample consisted of (500) individuals, with (225) employees. And (275) female employees, who were selected randomly by stratified method. To collect data, a professional stress scale was designed, which included (49) items, distributed in (7) dimensions. Statistical treatments: descriptive analysis to measure the arithmetic means and standard deviations. Pearson correlation coefficient to measure the validity of the tool, alpha stability coefficient to measure reliability. T-Test. LCD test for two-dimensional comparisons. One way ANOVA. Simple Regression and Multiple Linear Regression. The results showed that the levels of occupational stress among the sample members were moderate. The findings showed that the levels of occupational stress among the sample members were moderate, and there were statistically significant differences in the areas of: material stress, adjustment and change stress, supervision stress, and coworker stress, attributed to gender, all in favor of males, and there were differences in occupational stress as a whole; It was higher in those under the age of forty than in those over the age of forty. 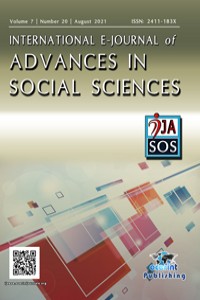