TENDENCIES AND PROBLEMS OF THE TRANSPORT INFRASTRUCTURE OF THE CITY AGGLOMERATIONS (CASE-STUDY OF YEKATERINBURG, KAZAN AND PERM)

Transformation of urban transport infrastructure is one of the most dynamic city processes. Changes occur continuously and connect both with the technology and with the city development. For Russian cities, the most common trends that affected the transformation of the transport system at the turn of the 20th century were the growth in the number of personal transport and the active development of city agglomerations. In addition to the general features, there are specific features of changing public transport, street-road network in each city and agglomeration. Comparison of these changes, taking into account the global trends, allows you to draw conclusions and give practical suggestions that may be of interest for both management practices and the development of science. It is important to realize that the transport system of cities-nuclei of agglomerations is under pressure not only of traffic flows within urban displacements, but is an open system integrated into agglomeration processes.
In the article, the transformation of the transport infrastructure of the Russian cities of Yekaterinburg, Kazan and Perm is considered by its two main components - public transport and the street-road network. The selected three cities are not only regional capitals, but also nuclei of monocentric agglomerations. The comparison is made in the context of individual urban areas: the historical core, the zone adjacent to the historical core, and the outer zone. The main method used is the peer review method. This is due to the fact that it is not always possible to obtain a complete set of data for a formalized assessment of the section of the zones identified by the authors that do not coincide with the administrative-territorial cities. Although, where possible, the results of peer review are supported by statistical data and calculations. Real changes are compared with the version, which the authors consider to be optimal at this stage and described using a special score scale.
According to the results of the expert assessment, Kazan and Yekaterinburg took the leading positions.
For Kazan is characterized by systematic activities to ensure the effective operation of public transport. The city occupies a leading place in Russia (excluding the capital) in terms of the number of corridors and the length of the allocated lanes for public transport. In the past five years, there has been a large-scale renovation of the park of trams, trolleybuses and buses in municipal ownership.
Ekaterinburg stands out as an urban tram network, which maintains a system-forming role in most areas of the city. It continues to develop: a new site appeared within a large center in 2017, at various stages of discussion and implementation are plans to build lines in the micro-districts of the city's outer zone, and also (for the first time in Russia) - to two satellite cities in Yekaterinburg.. The relatively high quality of the track infrastructure, high-quality operation of the rolling stock of tram transport also influenced the increase in the score of the expert evaluation.
The most problematic aspects in all cities are:
Inadequate integration of electric trains into the urban transport system;
the lack of systematic work with drivers of personal vehicles on their compliance with the interests of all residents when using courtyard territories;
the lack of systematic and consistent measures to form multifunctional transport and transfer nodes on the border of zones adjacent to the historical core and external zones, the development of the street-road network in connection with the formation of these nodes.
Solving these problems will allow to proceed to the intensive development of city agglomerations. 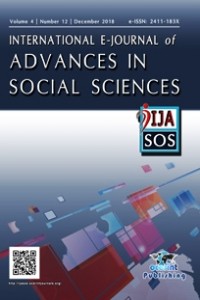