The theory of hybridity and ambivalence is not something that is alien to the postcolonial world. First derived from power relations between the colonizer and the colonized, it has now evolved into many different branches. What is understood from it is that it shows that the relationship between those who hold power and those who are under the rule of a people is never clear-cut. It is a give and take relationship and gives many illusions as to how one views the other. Cross-cultural relations are definitely very complex and we can see this in The Long Song. We are always creating new identities as the world becomes more and more globalized. The notion that a culture has to remain unadulterated is a concept that is almost irrelevant. We are constantly creating new identities to help us cope with the different experiences that we have and once we are exposed to it, our way of thinking can never go back to the original. In this paper, I will draw a connection between July’s belonging, identity, and her ability to connect with the many people in her life, from her Mistress Caroline to Massa Robert Goodwin and later, her son and other black or Mulatto people, to the theory on ambivalence and hybridity by Homi Bhabha. At the end of the paper, one will be able to articulate that, given the history of Jamaica, the traits that many postcolonial subjects display go hand in hand with Bhabha’s theories on ambivalence and hybridity. The discourse on postcolonial subjects, even more recent ones, has shown a tendency to correlate with the experiences of their predecessors such as those who were colonized. 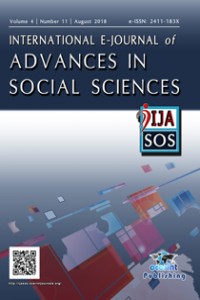