THE DIALECTS LANGUAGES AND ARAB WORDS CITED BY ALSAHEB BIN ABBAD (D. 385 H) IN AL-MUHEET’S DICTIONARY OF THE LANGUAGE

This study follows the languages and dialects mentioned and cited by Ibn Abbad in his surrounding dictionary on the language, and an analytical study of the materials and explanations that were scattered throughout the dictionary. The problem lies in the fact that the studies that were discussed and stood on the book “The Lexicon of the Ocean in Language” did not record the approach used by Ibn Abbad in the topics and issues that he brought up between the books of his lexicon, as this aspect did not receive an in-depth and careful study. Therefore, the study aims to: Explain his method in citing dialects and languages, and present his method in citing poetic evidence and sayings of the Arabs. Through the descriptive method, analysis, explanation and statistics, the study reached the following results: The mention of the various Arabic dialects has made the Arabic dialects within the ocean dictionary in the language an entity worthy of study and analysis. Al-Saheb bin Abbad was martyred during his explanation of the materials for many languages and dialects, as the most roses were Hudhayl's language 40 times, then the people of Yemen 34 times, the language of the people of Persia 28 times and the language of Hamir 20 times. Al-Saheb Bin Abbad reduced his citation to Arabic poetry.

languages, dialects, sayings of the Arabs, ocean dictionary in the language 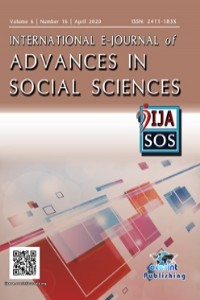