This article discusses processes in the state related to regulation, organization and control, which essentially form the subject of administrative control. The purpose of the exposition is to define the sources which cause deviations and create problems for the subjects authorized by the state to exert control, based on an analysis of the interaction of the factors: authority, competence and success. As the executive, the local self-government, the prosecutor's office and the justice system stand out among them, the tasks related to the pledged have a specific character. Each source which is identified and reviewed acquires features of the state, interpreted as sovereign and simultaneously subject to a specific area, in properly initiated state control systems. The idea of the exposition is to present the author's point of view, revealing certain characteristics of the subjects in question, so that the system of general and administrative control in particular can seek solutions for the elimination of the identified weaknesses in the functioning of the particular systems and more generally in its work by extending the scope of powers delegated or exercised by it.

The Criterion 'Competence' in the Economic Sector

The Active Model of a Social Programme and Its Strategic Advantage

THE ACTIVE MODEL OF A SOCIAL PROGRAMME AND ITS STRATEGIC ADVANTAGE 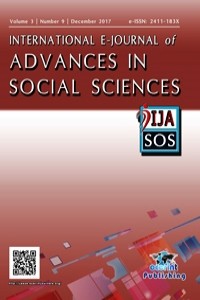